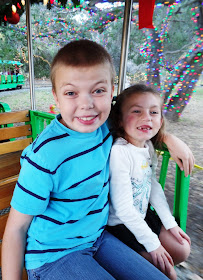 Can you feel the excitement??
It's that time of year again and we can't wait to visit the Irvine Park Railroad
for their annual Christmas Train and holiday fun! 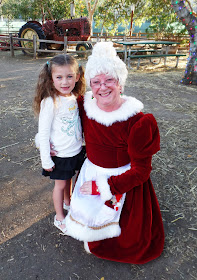 The day after Thanksgiving, November 27th, Santa and Mrs. Claus will arrive!
They bring a whole park full of activities for the family,
including a magical train ride to see Santa himself! 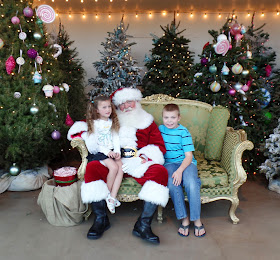 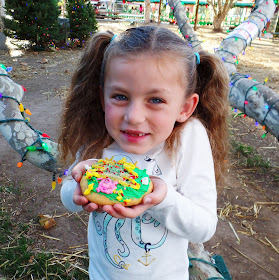 Our best tips for coming to the Irvine Park Railroad Christmas Train include:

1. Come Early! It can get crowded and it's more fun to visit Santa without a line.
2. Bring a jacket! It's always nice weather, but the nights get chilly!
3. Don't forget your camera! There are lots of fun photo ops!
Of course there is always a photographer on hand to take your photo with Santa
and they will have 5x7 photos available for purchase!

You can also purchase your Christmas tree while you're there!
The Christmas tree ranch also opens November 27th and you can pick from a variety of trees!
They offer Douglas, Noble and Grand firs from 4' to 12' tall!
In addition you can purchase Christmas tree stands, preservatives, wreaths and garlands too!

And now for the best part!
You can WIN TICKETS to experience the Irvine Park Railroad Christmas Train! 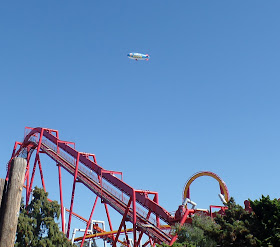 Last weekend, a very special blimp flew round and round Knott's Berry Farm.
It was the Peanuts Movie blimp, getting us excited for the movie premiere just a week away! 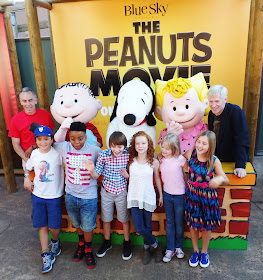 We were invited to meet the cast of this very special movie,
a collaboration between the Schulz family and Blue Sky Studios! 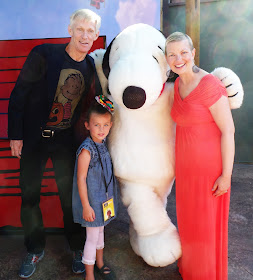 I had a chance to speak to Craig Schulz,
son of the Peanuts comic strip creator, Charles M. Schulz.
Craig is excited to be part of bringing his father's characters to life in The Peanuts Movie.
He helped write the script and knows his father would love the film!
Craig told us his favorite character is Pig Pen.

I loved interviewing Craig because the Peanuts characters are part of my childhood memories,
from reading the comic strip to seeing the holiday specials on tv.
Charlie Brown, Snoopy and the gang continue to the next generation
as favorites of my children as they see them at Knott's Berry Farm and on tv.
I know we are all going to love The Peanuts Movie! 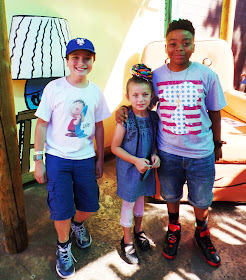 The children who were cast to voice the characters in the movie are so down to earth and kind.
I loved meeting them and could picture them playing in my neighborhood.
I'm sure they are much like the children Charles M. Schulz pictured
as he drew his beloved Peanuts characters.

Schulz was a wonderful father, with good family values.
His children have fond memories of growing up in a wonderful home.
I admire him so much for creating something entertaining
without resorting to bad language and innuendos.
Schulz once said, "Americans want decency. They want decent entertainment.
And I've always believed that. I always felt that if I ever did anything crude or raunchy,
that God would literally strike the fingers off my hand."

When Charles M. Schulz died from cancer in 2000,
Peanuts had an estimated readership of over 350 million,
appeared in 2,600 newspapers in 21 countries around the world.
Schulz had drawn, inked and lettered 17,897 strips.
It is a legacy that many tried to bring to the big screen over the years.
The Schulz family worked closely with Blue Sky Studios
to produce a film true to the style and values of Charles M. Schulz.

Check out this clip and get excited with us for The Peanuts Movie!